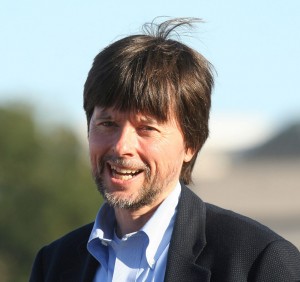 Like many people of my generation, I first discovered Ken Burns when his famous Civil War series came out in 1990. I was riveted. I was only starting to learn how much I loved history, but the storytelling present in the series made it all very compelling. There aren’t many people whom I would truly call my heroes. Maybe only two or three. But Ken Burns is on that short list.

Fast forward to the present, and Ken Burns has almost two dozen more productions to his credit, and he’s still cranking them out. He believes in showing the human side of history, taking a chunk of it, finding primary sources, interviewing historians, and using the now famous “Ken Burns effect” to create moving pictures out of stills. He has won some Emmy awards and been nominated for others.

He pulls at your emotional heartstrings and sucks you in to an educational lesson you didn’t know you wanted. You’ll keep watching.

Here is an interview with Ken Burns on the Phoenix PBS station that I saw a number of years back that just struck me. I was already a big Ken Burns fan before this, but it solidified his hero status in my life.

Ken Burns inspires me to want to tell more stories from history myself. Not necessarily in film documentary format, but definitely in books. I plan to turn my great grandfather’s experience in 1946 Berlin into a book, one way or another. I have many additional resources that I’m not including on the blog where I share his stories. Stay tuned for that news in 2017.

Previous Post
Olio #15: 10 Things to Love About Working at Home
Next Post
The Liner Notes of Computer History #12: 10 Things I Didn’t Know

Imagine immersing yourself in a living history museum dedicated to life during the Colonial period
If the caption says so, it is Copyright: Jenny Bristol.