Bert: The Most Underrated (and Nerdy!) Muppet 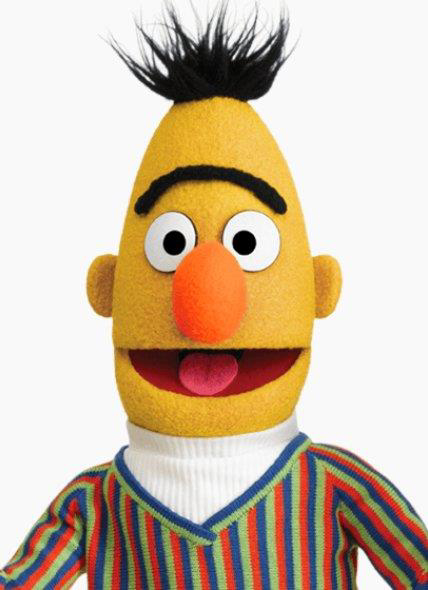 When you ask people who their favorite Muppet is, you’ll usually hear answers such as Big Bird, Cookie Monster, Kermit the Frog, or even the furry, lovable Grover. But you never seem to hear anyone say that Bert is one of their favorites. Sure, he’s a bit boring by traditional standards. His idea of fun doesn’t usually involve other people. And he doesn’t usually appreciate Ernie’s sense of humor, such as practical jokes and not paying attention to other people’s needs.

In a way, I’m one of the masses; Grover is probably my favorite Muppet. I didn’t think much of Bert as a kid; he seemed boring. But now that I’m an adult and I understand myself a lot better, following very close behind Grover is Bert, my barely-second-favorite Muppet. Bert is the ultimate nerdy, introverted icon. And I’ve discovered that I’m more like him than any other Muppet.

I present to you some specific pieces of evidence supporting my claims.

Other than my own memory, my source for this post is Sesame Street Unpaved, a book I got a number of years ago that profiles a lot of the Sesame Street Muppets and contains a lot of behind-the-scenes info for the show. And, if you’re looking to add some Bert to your life, you can get him in doll form, figure form, and t-shirt form!