Jane Austen Mad Libs*. Because why not. This was a very popular post last time (when I did a Mad Libs-type activity for Pride and Prejudice), so this time around, it’s Sense and Sensibility! This book was Jane Austen’s first published work, and was attributed to her only by saying it was “By a Lady”. 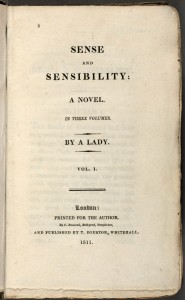 When he gave his promise to his  (type of family member) , he meditated within himself to increase the  (plural noun)  by the present of  (number)  pounds a-piece. He then really thought himself equal to it. The prospect of four thousand a- (period of time) , in addition to his present  (noun) , besides the remaining  (fraction)  of his own mother’s fortune, warmed his  (body part)  and made him feel capable of generosity. “Yes, he would give them three thousand pounds: it would be  (adjective)  and  (adjective) ! It would be enough to  (verb)  them completely  (adjective) . Three thousand pounds! he could spare so considerable a  (noun)  with little  (noun) .” He thought of it all day long, and for many days successively, and he did not  (verb) .

The first  (time period)  after their marriage was spent with their  (noun)  at the Mansion-house, from whence they could  (verb)  the progress of the Parsonage, and direct everything as they  (verb, past tense)  on the spot; could  (verb)   (plural noun) , project shrubberies, and invent a  (noun) . Mrs. Jennings’s  (plural noun) , though rather jumbled together, were  (adjective)  fulfilled; for she was able to visit Edward and his  (noun)  in their Parsonage by Michaelmas, and she found in Elinor and her husband, as she really believed, one of the  (adjective ending in -est)  [couples] in the  (noun that’s a place) . They had in fact nothing to wish for, but the marriage of Colonel Brandon and Marianne, and rather better  (noun)  for their cows.

Jane Austen Mad Libs*. Because why not. If I run out of other ideas, I
If the caption says so, it is Copyright: Jenny Bristol.