An Unexpected Email From SETI 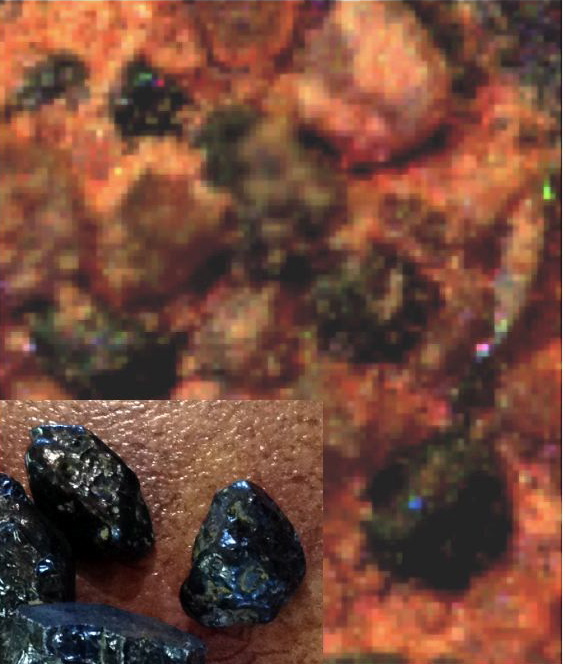 The Phoenix Lander microscope shot the larger image, and the inset one is my augite photo. Larger photo: Public Domain from NASA. Inset photo: Jenny Bristol

Last week, I received an unexpected email from a scientist at SETI. Long ago, my vision of the work SETI did involved little green men and radio signals from the sky. But they are actually working on all kinds of research with more immediate results.

Let’s rewind a year and a half. The kids and I went for a hike about 100 miles from home, near Flagstaff, Arizona, at a place called Red Mountain. We went with a group of people, of whom I only knew a few. An older guy, about 55 or so, was talking about being able to find some augite around the base of the mountain. I’d never heard of it, so I asked him about it, and the kids and I went a-hunting. Once we knew what to look for, we saw it everywhere. We collected a few samples and brought them home. I did a bit more research, and confirmed (as best I could) that what we were seeing was actually augite. A GeekDad post ensued, and that was that.

Until a couple of weeks ago.

Out of the blue, I got an email from Dr. John Marshall, a scientist at SETI. He has a long history of scientific work through SETI, NASA, and various universities. His background is in geology, among other things. So why was this guy writing me? The aforementioned augite. 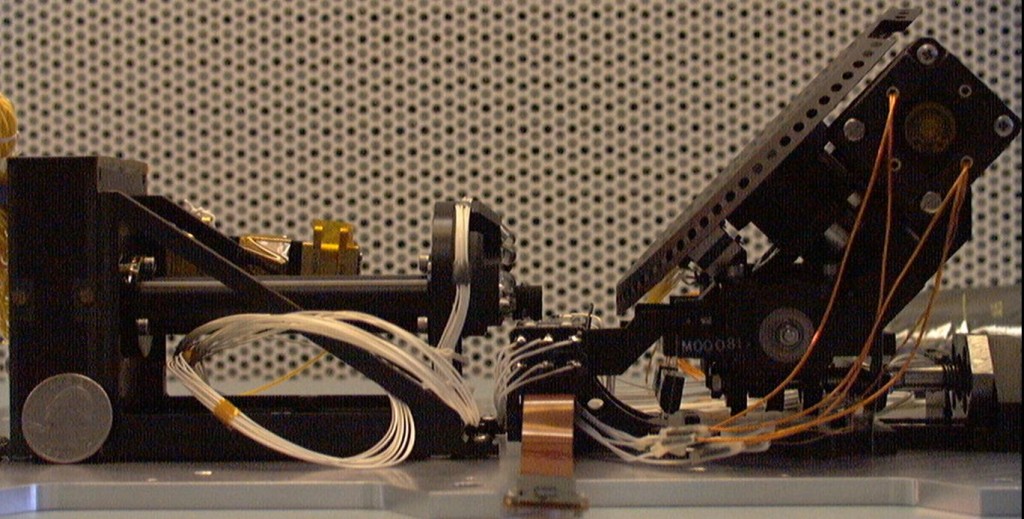 Apparently, recent microscope images from the Phoenix Lander on Mars (Mars, guys!) showed some unusual rock shapes that were different from the surrounding ground material. Though the image is grainy, you can see the similarities between it and my photo of augite. My guess is that John was looking online for photos of similar rocks, and my photo came up. I have my Mars-colored orange-y red counter tops to thank for that one. So, in short, he wrote to me to see if he could use my photos in a scientific paper.

A very nice email conversation followed with him sending me the photos here in this post, and he asked (as I was hoping he would) if I would be willing to send him a sample of the rocks, which he could return. I was happy to oblige, and told him that he needn’t return the samples.

I am not sure how well they’ll be able to compare the Earth and Mars rock samples, since the Mars rocks are only grainy photos. But I am extremely happy to be able to contribute, even just a tiny bit, to furthering scientific research.

One thing that this experience has shown me is that you never know which decisions you make, actions you take, or words you use will affect your life later on. Serendipity is amazing. You put yourself out there in the world, and sometimes the world talks back. So I’ll continue to plant my seeds and see which ones bear fruit.