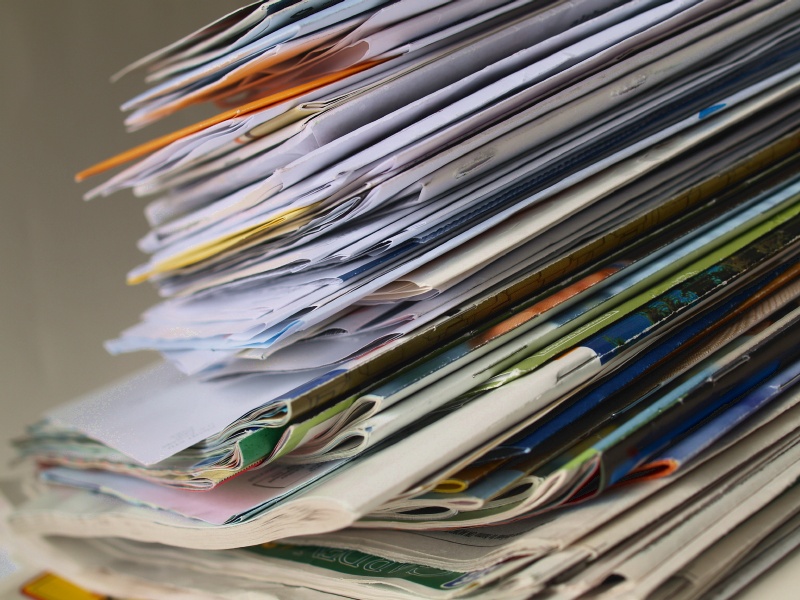 Pile of mail. Not mine, but it totally could be. By Flickr user uzvards (CC BY-SA 2.0)

Every once in a while, it all comes to a head. The house gets so cluttered and chaotic that we all kind of just go, “Ahhh!” and go on a cleaning and organizing rampage. (All but my son, who really, really hates such things. We make him help, dragging him along, metaphorically kicking and screaming.) We’ve hit one of those points. Rory, my daughter, and I are all going nuts. At least for Rory and me, our feelings were capped off by housesitting for some friends. Their house is not only incredibly neat and tidy, but completely uncluttered. Everything in their house has somewhere to go when it’s time to put it away. This is the key that’s always been missing from my life.

I find it’s best to focus on one area at a time, getting it as clean as possible before moving on. That way you feel like you’ve made some progress. But that’s not possible in our case, because we’ve had multiple top priorities.

I’ve had to focus on clearing off my desk. See, it’s not actually my desk. It’s my ex-husband’s desk. It’s a very nice desk. Wood. Roll-top. Lots of cubbies. But he’s been letting me use it since he hasn’t had room for it at his place. Until now. So I’ve started performing domestic archeology (thanks to my paternal grandmother for that term—she was the queen of keeping everything). I’ve found things that were missing, and plenty of stuff that I could have gotten rid of months ago. It seems to have been about a year since I last cleaned off my desk properly.

My daughter is turning twelve later this month. My son just turned nine. It’s time my daughter had her own room. With a door. We have a weird house, and their “bedroom” has been an open area that has doubled as the catch-all room. It’s large, but it’s also very full of… stuff. We have a small room that can and will be hers, but it requires moving a little bit over here, a little bit over there, because we don’t have enough unoccupied space to clear any one area all at once. So we’re digging through boxes, through layers, both literal layers of things and layers of time. Unearting toys long forgotten, drawings long ago drawn. We’re mostly tackling the children’s things, but there are plenty of mine to deal with as well. It’s hard to part with things that I like, or that I need occasionally. But it has to be done, and Rory’s here to help us all make some good choices.

We also have all kinds of regular organizational challenges. With two adult sewers/crafters in the house, our projects have taken over the main floor. We have too many board games (is there such a thing?). There are random piles of stuff everywhere in the house. But my daughter has requested her bed be moved by her birthday, so that, along with the desk clearing-off, is top priority. Crafts, games, and random piles will have to wait. My daughter rarely asks for anything, so I want to make this happen for her. She deserves to have a clean space that’s hers. We all do.