Choosing a medium in which to create art isn’t too hard for me. See, I’m not great at painting, and also want a low-barrier method of entry. That pretty much means drawing by hand, or drawing on my tablet, for my first project. Sure, in the future I could definitely give block printing a try, or attempt some fancier methods. I love the tangible experience of doing things by hand and not on a computer. But to make this challenge a success for me, I knew I’d have to go minimalist. I don’t have a lot of time to devote right now, but want to complete my mission.

Fortunately, I’ve been enjoying drawing in my sketchbook of late, and I have been using the heck out of a cool app on my iPad called Tayasui Sketches Pro. (I think I nabbed it when it was a free App of the Week.) Actually being drawn to create this kind of art, more than once a year, is a new concept for me. But this app has really made it easy and fun. I just need a non-snub-nose-end stylus to make it easier. My finger can only do so much. 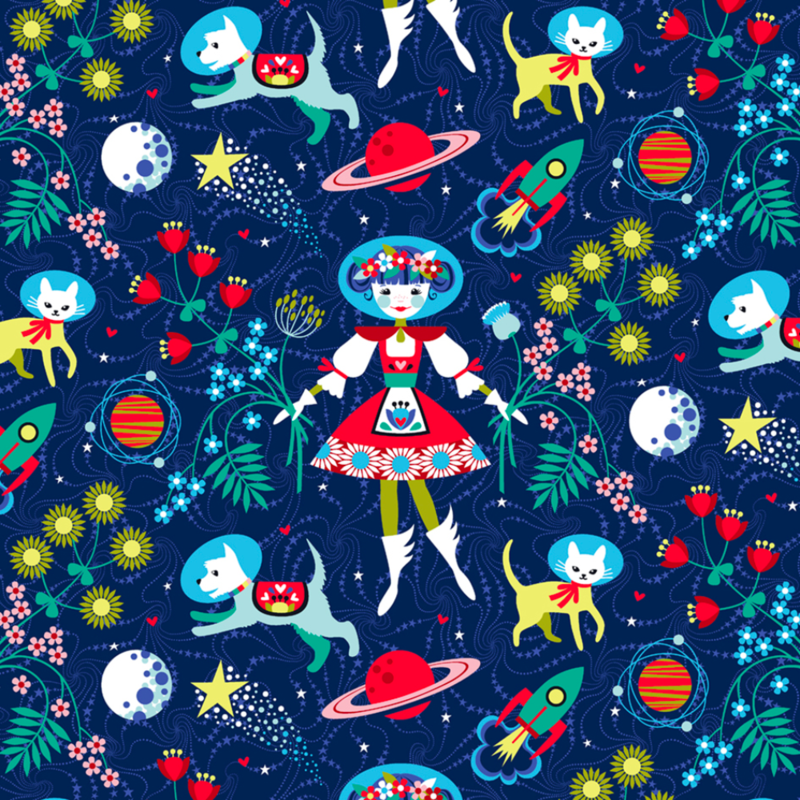 I know that, for future designs, I’ll get more adventurous and try other media (don’t you hate it when people say “mediums”?), such as block printing, but I want to start easy this time*. However I end up starting my images, I’m likely to then get them to be vector images, and edit them from there. A perfect excuse to go through those Inkscape tutorials I recently found, though that might make me pause my Challenge days until I can complete them.

*Though the found objects collage method seems easier—and I do have plenty of interesting items around here—I’m going to leave that for another day.

The final result of my playing around with designing my own fabric.
If the caption says so, it is Copyright: Jenny Bristol.