I’ve Got Moxie #16: 7 Lessons from ‘Lark Rise to Candleford’

[Spoiler alert! This post will have spoilers from the show.]

Rory and I recently finished watching the BBC series Lark Rise to Candleford. It had been on my “to watch” list for years, but I waited to suggest it to Rory until we were in need of another good series to watch. I don’t know how I keep getting him to agree to watch British corset dramas, but I just hope my luck there holds. 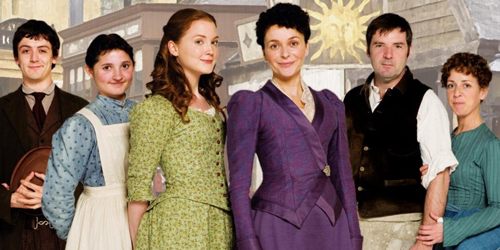 I had favorite characters from the show (Dorcas, Alfie, Emma, Queenie, Minnie…), ones I was lukewarm about (Laura, Daniel, all of Dorcas’s love interests other than the teacher), and the ones I just wanted to throttle (Twister, OMG Caroline, and sometimes Pearl), but with the mix of personalities, many lessons can be learned.

There are countless more lessons to be learned from the show, but those are just a few off the top of my head. If you like British period television shows, give Lark Rise to Candleford a try. We thoroughly enjoyed it.

For some people of my generation, and the generation that came before mine (along with
If the caption says so, it is Copyright: Jenny Bristol.