Not to be confused with the steampunk style that’s All the Rage With Kids Today™, retrofuturism includes imagined styles from the future, conceived of in the past. The 20th century was filled with these kinds of things, as we aimed for the sky and then participated in the Space Race. Anything space-y and modern was cool.

What would the future be like? Would we have flying cars? Would we commute to the moon, leaving from a spaceport? Would we ride around in transportation shot through tubes? Would our houses be shaped like spaceships? Would robots do our housework for us? Would there be giant, under-bubble cities at the bottom of the sea? All of these ideas were imagined and played around with, helping our society aim as high as possible for the future.

General Motors ran a commercial in the 1950s sharing what they envisioned the future to be like.

The entirety of Tomorrowland at Disneyland embodies the concept of retrofuturism, as it imagines what the future will be like, and it was built in the 1950s. The Jetsons exemplified what they thought the future would look like.

Some of these ideas weren’t so far fetched. We are now experimenting with self-driving cars, we have drones delivering packages, and we are gearing up for humans to travel to Mars. And that’s all without mentioning cell phones and the internet.

Here are some more images from the Atomic Age, as it were. 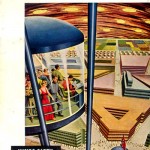 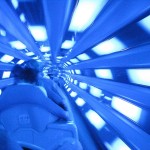 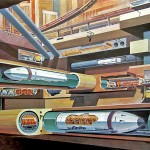 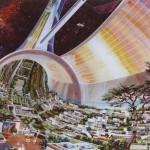 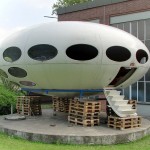 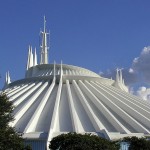 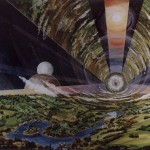 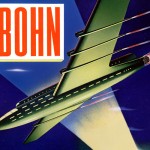 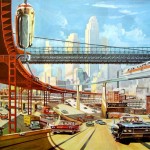 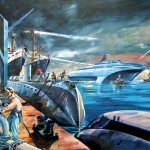 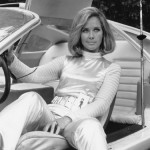 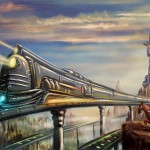 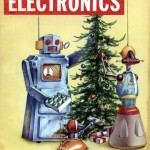 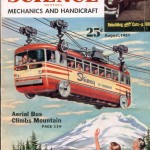