There are blessed few people in this world who are so wholly pure as to embody so much goodness that you can find no fault with them. For me, one of the only people I can think of who fits that definition is Fred Rogers.

Mister Rogers’ Neighborhood was a staple in my early childhood. I remember especially enjoying the episodes with Picture Picture, particularly the factory tours. (Unfortunately for me, How It’s Made only came around when I was an adult; I would have watched that show to death when I was a kid if it had been available.) But I also loved the Neighborhood of Make Believe (except for Lady Elaine Fairchilde, of course).

Now, though, as an adult, I recognize the wholesome messages that Mister Rogers was imparting to the children, adults, and puppets on the show, as well as to us, the audience. With songs such as “Won’t You Be My Neighbor?”, “It’s You I Like”, and “I’m Still Myself Inside”, he instilled in us a feeling of inclusion, acceptance, and inherent value. We didn’t have to do anything special to be special. We already were.

Everyone is special. Just as they are. Not someday, now. Children have value as individuals. So here are a few of my ideas on the subject, inspired to put them down by Fred Rogers’ example (and the fact that Rory and I just watched Won’t You Be My Neighbor?, the 2018 documentary about Fred Rogers and his beloved show). 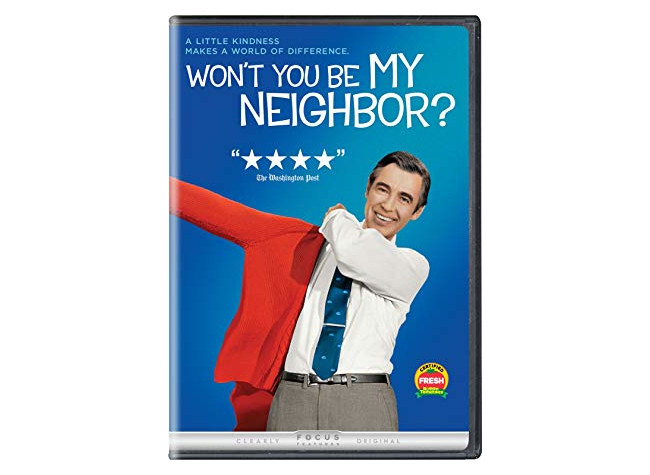 It’s hard to be a kid. So hard. Some adults think that kids have it so easy. That’s because they’ve forgotten what it was like to be a kid. They are only seeing what kids are going through from their now-adult perspective and long collection of experiences. But kids are always operating with less knowledge, fewer experiences, and a much smaller vocabulary to put their experiences into words and into context than adults are. That makes decisions much more difficult. It is harder for kids to understand people’s motivations and actions. Kids haven’t seen enough of the world to notice patterns that help them understand new things. We need to cut them a lot of slack, and be their guide, but not their controller.

Kids aren’t blank slates. They are born with opinions and personality traits, right from the start. These may not be fully developed yet, and kids may not have the words yet for everything they are experiencing (and at first, all they can do is cry), but it is vital for kids’ development and self esteem for adults to take kids as seriously as they take adults, or perhaps even more seriously.

Listen to kids. Take what they say seriously. Because their concerns and words are valid and important. They are people. Not people-in-training. People now. And these people will remember how you have treated them, how others have treated them. Listen to them as kids and they will continue to bring the important things to you later. If you ignore what they have to say as small children, why should they trust that they can come to you when they’re teenagers? When they’re adults?

Pay attention to the little things because kids’ “little things” may only seem little to you. To kids, these “little things” are the big things. Their worlds are smaller than the world of grown ups. But those worlds are what they know. So just because something doesn’t seem like a big deal to you doesn’t mean it isn’t a big deal to them. Place the same importance on things that your children do, and you build the trust that is vital for them to learn how to build healthy relationships in the future.

Pay attention. Listen. Respond. Sit down at their level, on the floor. Look them in the eye when they talk to you. Give them your full attention. Value their words and their contributions. Involve them in decisions. Make their vote count as much as yours most of the time. Try to remember how hard it is to be a kid. See it from their perspective.

Also, be open and honest. If you set an example of being open and honest when you communicate, your kids will follow. Always take what they say at face value. Respond to what they say. If you aren’t sure what to respond, or if what they say is hard to hear, start your response with, “Okay.” Just say, “okay,” and go from there. Take in what they say, and make them feel heard. Sometimes that’s all they are looking for. But if they need a response, be understanding and realize that it took bravery on their part to come to you with something difficult.

Never belittle or try to diminish a child. It is our job to help them establish a solid foundation from which to explore the world and to develop into an adult. If they feel that they have support behind and underneath them, they can more easily follow their passions, accomplish their goals, and be more productive. With a solid foundation and loving network of family and friends, they feel supported, free to take healthy risks, pursue their goals, and return to the safety of home to lick their wounds if something doesn’t work out.

That’s a bit of wisdom I got from watching the Mister Rogers documentary: “Those who try to make you feel less than yourself are the greatest evil.” Don’t be one of those people. Build kids up; don’t break them down.

Some people can ignore or resist such notions, of someone trying to tear them down. But not all of us are that strong. Some of us internalize such words. It is so easy to deflate a child. Take care to do the opposite. Not to inflate their sense of self, but to help them learn that they have inherent value. They are worthy of love, just as they are, without having to prove anything to anyone.

The lessons of Mister Rogers–and the bonus ideas I share above–are just as important for adults to internalize and follow as kids. Adults continue to have similar needs as children.

Adults, you also have inherent value. You also deserve love. You also matter. Take care of yourself and each other.