Olio #13: Andrew Carnegie, Helping Those Who Help Themselves

Andrew Carnegie. Steel magnate. Important man of the 19th century. Immigrant. Philanthropist. Fascinating guy. Wish I could have met him. 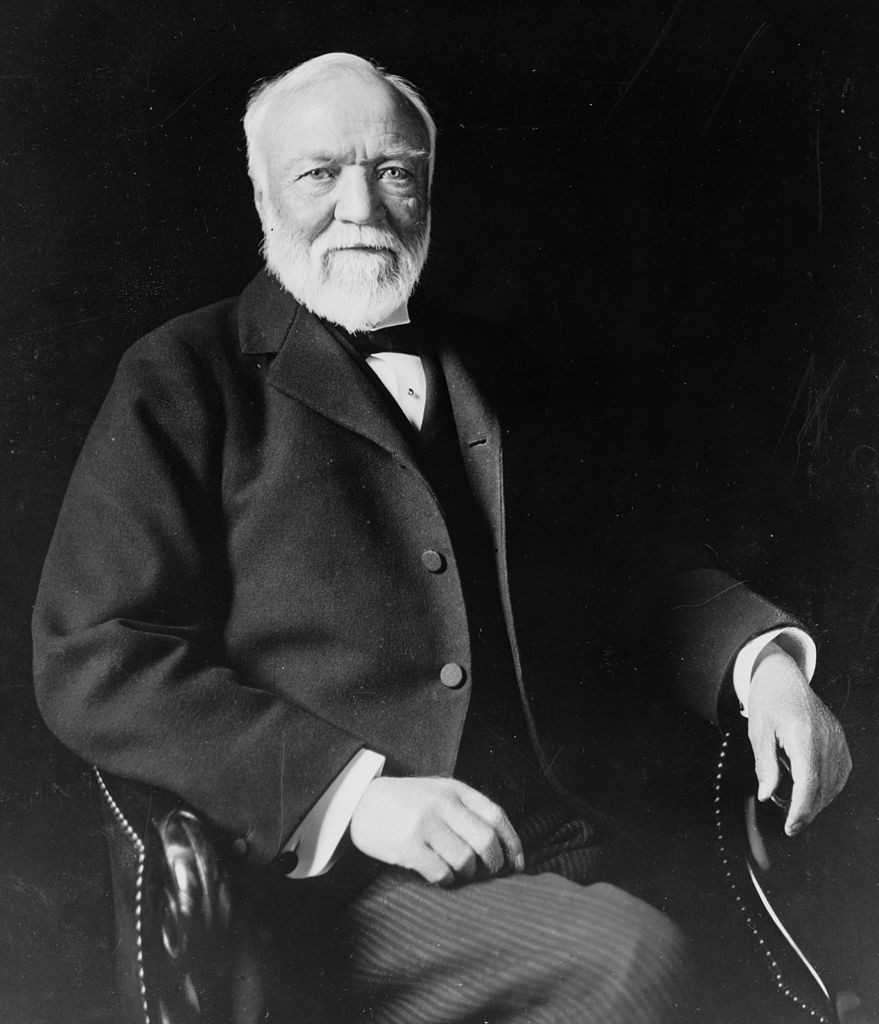 Recently, while researching Carnegie libraries, I learned quite a bit more about Andrew Carnegie than I ever knew before. In school, he was lumped together with the other 19th century magnates of industry, and it was only much later that I learned of his philanthropy.

This post isn’t here to comment on his career in the steel industry, and it won’t be a run down on his libraries (though that’s another fascinating tale). This post is for commenting on some aspects of the man that I discovered during my research. I learned much more about him as a person through these other pursuits than from any of his business dealings.

Andrew Carnegie was a philanthropist, but helped those who helped themselves. If you weren’t willing to work on improving yourself, he wasn’t about to do all the work for you. But if you were willing to work hard, educate yourself, and make the most of your life, he could give you a boost. His philanthropy helped countless people.

This quote pretty much sums up his life.

“To try to make the world in some way better than you found it is to have a noble motive in life.”

—Andrew Carnegie The Empire of Business

He was born in Scotland, and his family came to the United States, settling as a hard-working immigrant family. Andrew himself began working as a child. His education was mostly from his voracious reading, which was helped along by a generous local man in Allegheny, Pennsylvania, Colonel James Anderson, who, very unusually, opened his library to some of the working boys. Carnegie soaked up as much knowledge as he could.

“It was from my own early experience that I decided there was no use to which money could be applied so productive… as the founding of a public library.”

I happen to agree with him. Contributing to the building of a house of knowledge that is available to the community allows those who want to improve themselves to do so much more easily. Books didn’t used to be so easy to come by 100 years ago as they are today. Today, even those without much money can afford to have many books in their homes. But then, a book was an expensive rarity, a luxury item.

So committed was Carnegie to his philanthropy that, when he married his wife Louise in 1887, she signed a pre-nuptual agreement stating she was aware of his desire to give away the bulk of his fortune during his lifetime. He believed that rich people had an obligation to do good with their money, helping others achieve happiness and to promote the welfare of others. He also thought that the rich should not live extravagantly, and to provide only moderately for one’s family.

In addition to helping to build libraries (the libraries also had to agree to fund their ongoing care—he wasn’t going to keep doing it all!), Carnegie provided financial support for church organs, colleges and schools, nonprofits, trusts, museums, institutions, and associations. 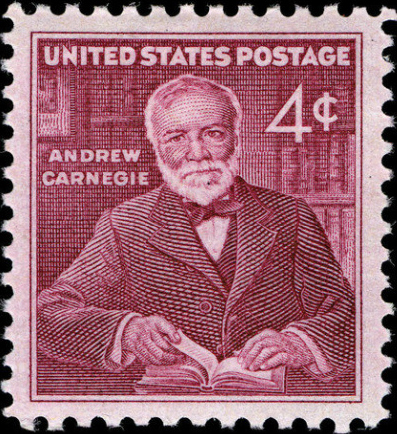 On his seventy-fifth birthday, November 25, 1910, Andrew Carnegie announced the establishment of the Endowment with a gift of $10 million worth of first mortgage bonds, paying a 5% rate of interest.[5] The interest income generated from these bonds was to be used to fund a new think tank dedicated to advancing the cause of world peace. In his deed of gift, presented in Washington on December 14, 1910, Carnegie charged trustees to use the fund to “hasten the abolition of international war, the foulest blot upon our civilization”, and he gave his trustees “the widest discretion as to the measures and policy they shall from time to time adopt” in carrying out the purpose of the fund.[6]

The last thing he founded was the Carnegie Corporation of New York, dedicated to the principles of scientific philanthropy, and put friends and associates in charge as trustees. He even included language specifying that he expected that they would adapt the direction of the corporation with the times.

If you want to learn more about Andrew Carnegie, check out the website for the Carnegie Corporation of New York, where you can scroll to the bottom to see some primary sources or download his essay “The Gospel of Wealth“, also below, or head to Amazon to read one of countless books on his life or peruse some of the books Mr. Carnegie wrote himself.

Previous Post
Pens!
Next Post
I’ve Got Moxie #14: An Illustrated Book of Bad Arguments on sale for 99¢!

What are you waiting for?
If the caption says so, it is Copyright: Jenny Bristol.