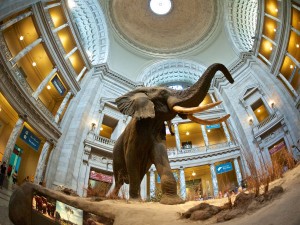 Imagine a museum of the highest caliber. Imagine there being no admission cost. Now imagine that there are almost a couple dozen of them, each specializing in a different topic, all within the same general geographic area, most reachable by public transportation (though hard to park at). That… is the Smithsonian.

I could spend days perusing their collections. In fact, I have. I have always said that my favorite of the museums was the American History museum, but the last time I was in the National Gallery*, I was awestruck.

Art, history, science, culture, diversity, even a fantastic zoo. Seriously. If you like museums at all, take a couple of weeks at least once in your life, and visit the Smithsonian. 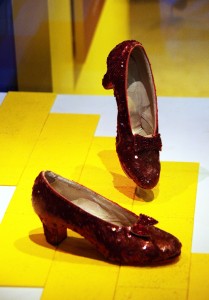 Though it isn’t often cheap to take a trip to Washington, D.C., once you are there, the attractions are diverse, quality, and second to none. And, generally, the Smithsonian is free (along with D.C.’s monuments, memorials, and government buildings). The Udvar-Hazy Center (see below) had a parking fee, I think, when I was there, but the attractions in D.C. proper have free admission.

Just typing these names makes me so antsy to get back to Washington and visit again. No matter how much time I set aside for visiting D.C., it’s never enough.

The Smithsonian also has their own book publisher, called Smithsonian Books. If you like their museums, you’ll love their line of books. There are also science kits and more. My favorite Smithsonian offering is The Smithsonian’s History of America in 101 Objects. It offers a really personal, tangible look at the history of our country.

* The National Gallery of Art apparently isn’t part of the Smithsonian, but its buildings are right in the same area, easily visited together, so I always give them an honorable mention.