What the Heck Is the Southern Ocean? 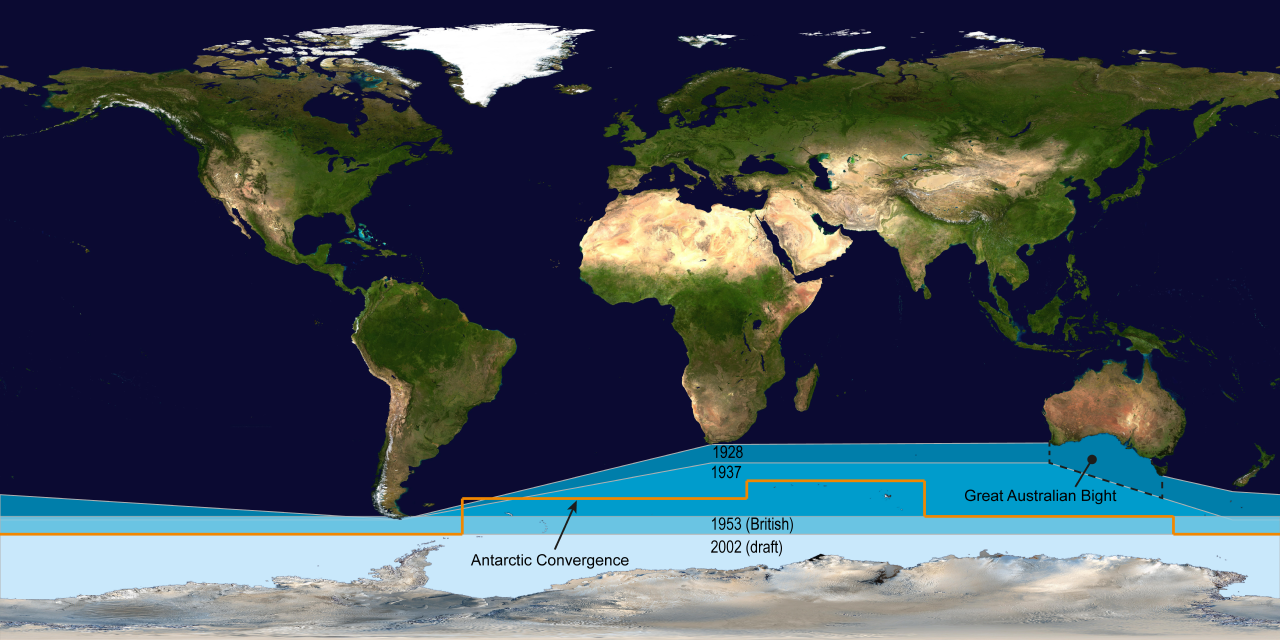 The Southern Ocean (CC BY-SA 3.0) by Cruickshanks on Wikipedia

When I was in school, I learned that there were four oceans: the Atlantic, the Pacific, the Indian, and the Arctic. Now some geography sources talk about the Southern Ocean.

Most sources I find still say there are only four oceans. But I’m starting to feel like I’m in The Twilight Zone when I see maps refer to the Southern Ocean. (For the curious, it’s apparently located around Antarctica. So why didn’t they call it the Antarctic Ocean?)

Apparently the powers that be decided to re-carve out a fifth ocean from the southern parts of the Atlantic and Pacific to very little fanfare. This kind of thing interests me greatly, and I had to stumble across it in newer resource materials. I wish they’d made the announcement a little more widely.

So yeah. I guess there are five oceans now.

Sorry about the weird contrast. I'm self-taught. =P
If the caption says so, it is Copyright: Jenny Bristol.