I don’t collect many things. Most collections that I’ve started I’ve regretted, since people invariably give you things to add to your collection even if you want to be the one to pick out the items. But one collection was different.

When I was probably a teenager, I started collecting foreign coins. Between the few pesos and Canadian cent coins I managed to get, I was inspired. And this was a collection for which it really was helpful to have other people contribute. So as I (and my parents, and my friends and family) traveled around the world, I collected together some pocket change. I’ve also recently learned that, though I’m the only person I know who actively collects foreign coins, this topic is of great interest to others. There are tons of books on the subject of World Coins.

Various coins from my aunt and uncle’s collection that they graciously sent to me. Photo: Jenny Bristol

See, one of the advantages of this hobby is that it doesn’t cost much. Most coins are worth less than a dollar, with only a few worth more than a dollar. And most people end up with extra change after they travel. Unless they collect it themselves, they often send it to me.

I’ve had friends from all over the world send me money. Money from countries that don’t exist anymore. Currency that doesn’t exist anymore. Even my dad gave me his precious saved coins from his backpacking around Europe in the late 1960s. Asia, Africa, Europe, South America, Oceana, of course North America… I guess I only don’t have currency from Antarctica. But I don’t think they have their own. 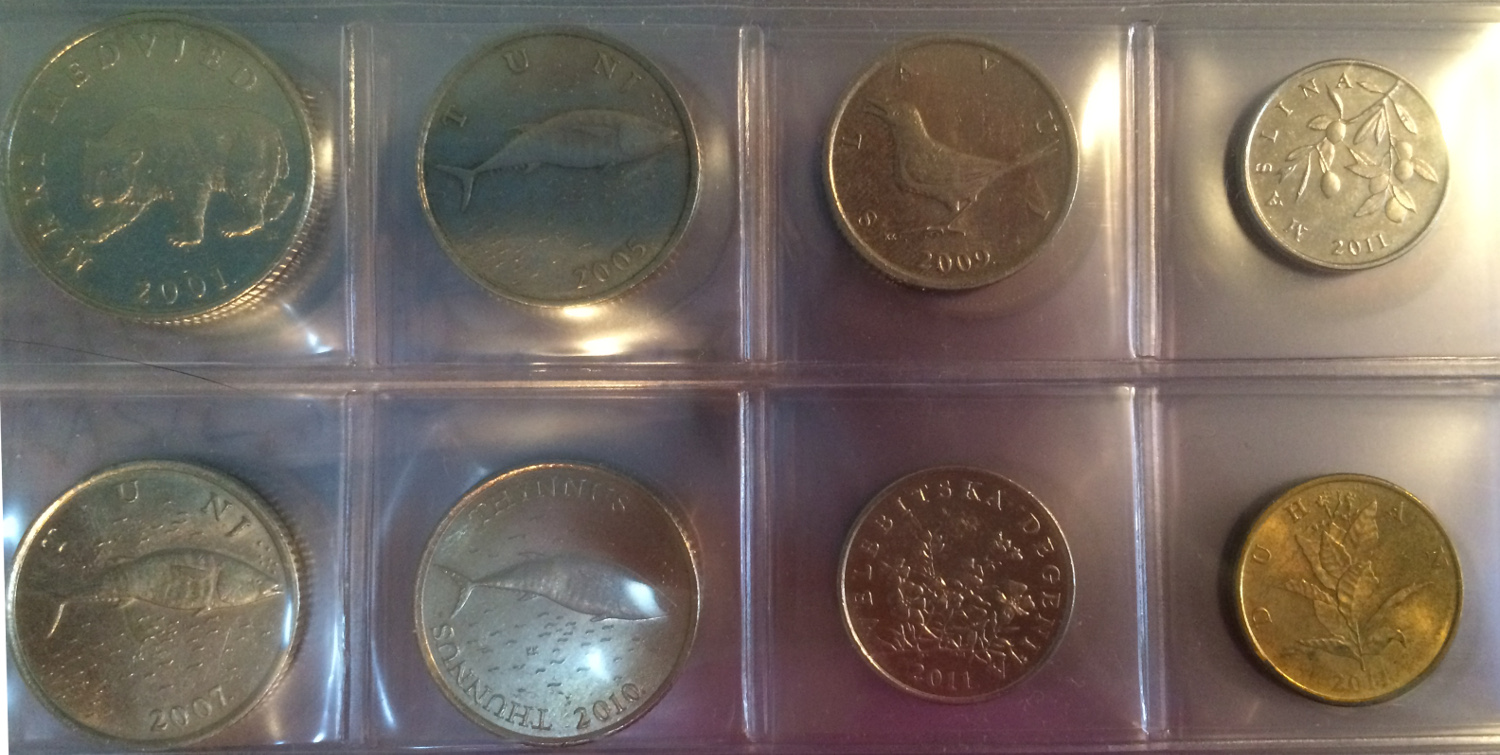 Some of my favorite coins have animals or plants on them. Photo: Jenny Bristol

I’ve got some amazing examples. I’ve tried to organize and label many of them, but it would take forever. Some of them, I’m not even sure what country they come from. Perhaps one day I’ll chronicle them all. But for now, this will have to do.

I also have some paper money, collected mostly because people had it and wanted to give it to me or share it with me.

I’ve included some good examples of my collection here, but unfortunately the bulk of it is still in hiding since our recent move. Perhaps these coins will inspire you to start a collection, though, as well.